The UK's leading provider of MOT tester training with a 100% pass rate.

Detailed legislation on vehicles exempt from the MOT is set out in the Motor Vehicles Test Regulations 1981 regulation 6 (as amended), and in the Road Traffic Act 1988 Section 189.  Examples of vehicles exempted from MOT testing include those manufactured before 1st January 1960, electrically propelled goods vehicles, track laying vehicles, vehicles constructed or adapted to form part of an articulated combination, works trucks, trailers, pedestrian controlled mechanically propelled vehicles and electrically powered pedal cycles.  Legislation also exempts vehicles used in particular ways (e.g.  travelling to and from test) or particular places (e.g.  some islands) from the need to have a valid MOT test certificate.  It should be noted that trailers constructed or adapted for the carriage of goods or burden with an unladen weight of more than 1,020 kg and vehicles forming part of an articulated combination are subject to heavy goods vehicle (HGV) plating and testing.  It should also be noted that even when a vehicle is not required to have a test certificate it must still be maintained in a roadworthy condition.

Cars manufactured before 1st January 1960 are exempt from MOT Testing

some examples of cars manufactured before 1960 are below: 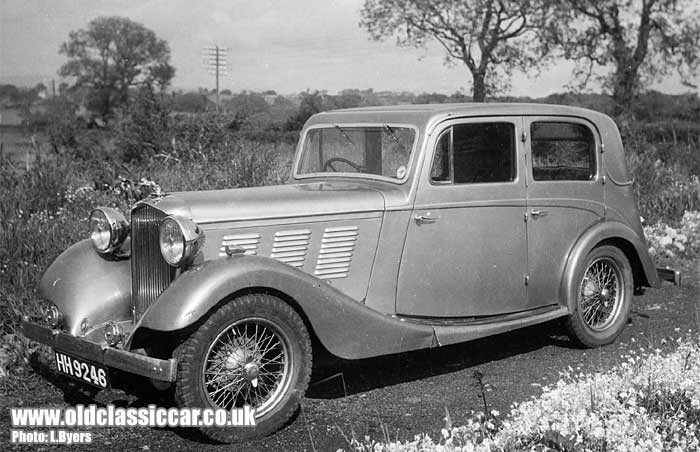 British Salmson was a British based manufacturer of cars, from 1934 to 1939. An offshoot of the French Salmson company, it was taken over by local management. After producing war supplies during World War II, it ceased car production, moved to Glasgow, Scotland, and produced printing machinery. 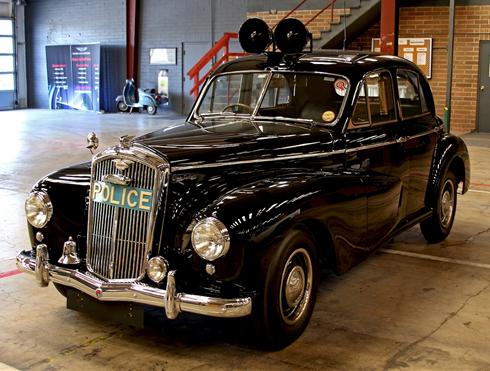 The cars featured a round Morris rear end and upright Wolseley grille and were used extensively by the Police at the time – the 6/80 particularly.

Looking very similar to the A30, the A35 was manufactured by the British Motor Corporation (BMC) in 1956, bearing the Austin marque and was also of a monocoque or chassis less construction.  It was launched at the Earls Court Motor Show in October 1956, its “egg shaped” design is credited to Riccardo Burzi the Lancia designer who took over the project.

The car was given an uprated engine of 950cc (the A30 was 830cc the gear box had a remote controlled gear change making changes easier. The front of the car now sported a painted radiator grille and a bigger wraparound windscreen making the cabin airier.  There were five models within the range, a 2 and 4 door saloon type, estate or Countryman type, commercial van type and a pick up version.  Performance for the 2 door saloon was a top speed of 72mph and acceleration of 0 – 60mph in 30 seconds.

A ‘motor caravan’ is “a motor vehicle (not being a living van) which is constructed or adapted for the carriage of passengers and their effects and which contains, as permanently installed equipment, the facilities which are reasonably necessary for enabling the vehicle to provide mobile living accommodation for its users”.  Motor caravans are not classed as goods vehicles for MOT test purposes and are therefore in class 4 or 5 depending on their seating capacity but regardless of their size or weight.

A ‘living van’ is “a vehicle, whether mechanically propelled or not, which is used for living accommodation by one or more persons and which is also used for the carriage of goods or burden which are not needed by such one or more persons for the purpose of their residence in the vehicle”.  Living vans are classed as goods vehicles and, depending on their weight, are therefore in either class 4 or 7 within the MOT test scheme or are subject to HGV plating and testing.

A ‘play bus’ is a motor vehicle which was originally constructed to carry more than 12 passengers but which has been adapted primarily for the carriage of playthings for children.

An ‘ambulance’ is a motor vehicle which is specially designed and constructed (and not merely adapted) for carrying, as equipment permanently fixed to the vehicle, equipment used for medical, dental, or other health purposes and is used primarily for the carriage of persons suffering from illness, injury or disability.

A ‘moped’ is a vehicle with maximum speed of 45 km/h, not over 50 cc for a petrol engine or 4 kW for any other engine or electric motor.

Hello! How can we help you?

Send us a message below to request some information and one of our consultants will get back to you as soon as possible!